No More Instagram Likes, What This Means For Influencers

No More Instagram Likes, What This Means For Influencers

Instagram is the most used platform by youth and brands to flaunt their lifestyle. The constant need to check for the number of likes is not hidden.

The number of likes you get in the least amount of time is indicative of your popularity among your followers.

Often this feeling is compared to the high that one gets after drinking alcohol. It induces a similar level of pleasure in the brain, hashtag endorphins.

This is why social media has been seen as a platform where people constantly look for validation from the world.

However, Instagram has taken a very strong step to change the way their platform works.

Facebook had announced a few months back that they will test a new feature on their platform called the ‘like-count ban’.

This ban has been rolled out in Canada. It has also announced that Japan, Ireland, Australia, and Italy will also see this feature rolled out.

This feature means that a user on Instagram will not be able to see how many likes or views a post has received.

They will be able to see the likes and views on their posts but not on the other posts. In recent years, Instagram has become a career-producing platform for people who call themselves as Influencers.

They earn and work based on the number of likes and views their posts receive. So why has Instagram taken such a strong step and how will this affect Influencers?

As per Instagram’s announcement, they have taken this decision to hide these details from the public so that your followers can focus on your actual content instead of constantly checking how many likes the other person gets.

While this can have a positive effect on the general users on Instagram, in the form of reduced social pressure, influencers and businesses on Instagram seem to have lesser advantages. Brands and influencers rely on the numbers and data to determine the value of an account and with whom to associate for sales.

With the removal of this feature, it can become a little tricky for such associations.

These changes will however not impact any other tools and engagement metrics available for business accounts. There are many influencers who are not too happy with this move as it will mean their collaborations will not depend immediately on how many likes their posts receive. Rather their follower count and other internal metrics will be a point of their success measurement. It will make easy collaborations difficult and will need a lot of hard work.

One of the benefits of this feature for influencers is that no one can fake popularity. It is known that influencers often buy likes on Instagram for business and create a fake façade. They also buy followers, comments and have used bots for the same thing. T

his placed organic and real influencers at the back seat. The move will ensure influencers with good sales-driven metrics and tangibility come forward.

It will also make brands focus on click-through rates, online sales and other measurable metrics rather than likes and views.

The ban’s effect on Instagram’s algorithm is still not clear. But it is clear that it will emphasize on deeper engagement aspects like comments on a post and re-posts. However, posts with the highest number of likes will still have higher visibility. The likes on a post helped someone go viral overnight.

With its ban, it makes the influencer marketing industry fairer yet difficult if you want to grow your new business and build interests from other brands.

What is likely to happen now?

Earlier, likes used to be an indication of whether a post was trustworthy or not. With its removal, users might be sceptical to interact with just any post and the post-performance will see a decline overall.

This might also push advertisers and brands to invest heavily in paid Instagram Ads, to reach the maximum number of users possible.

It is likely to give Instagram a monetary advantage. We can also deduce that Instagram is trying to push its Stories format with this step. For brands, short video ads are an effective way to reach more users through their feeds.

Many experts believe that this move will increase the quality of the content on this platform. Until now influencers used trending topics, which could garner them the most number of likes, to create posts.

From a long-term perspective, this is not a strategy that content marketing experts advocate. With the number of likes becoming irrelevant to general users, influencers will need to post content that matches their creativity and their audience’s interest.

Brands will benefit from this move as authentic content has always been popular and successful in the longer term.

Likes made posts viral online most of which did not have any strong message to convey or were just created for fun. The high-quality post will now be favored over random trending posts.

The advantages and disadvantages of this feature are still not exactly known. It can also pose a danger to Instagram’s popularity.

Users might move away from this platform and use the ones where engagement is visible publicly and they can get a validation from the world.

We can, however, evidently claim that it will give freedom to the users to create posts that have high quality and be free from the pressure of creating the perfect post strictly for the purpose of getting more likes.

Facebook has always aimed at creating healthier experiences on their platforms for all its users. With the negative impacts of social media has been an issue for public debate, this move has been welcomed by health professionals.

It will help in reducing the social pressure and feelings of inferiority among youngsters.

The decision for hiding likes from the public eyes can be treated as a positive step by Instagram in overcoming the mental health issues caused by social media.

Maxim Media, the most professional digital marketing company Australia has to offer. We increase your brand’s online web presence with ease. 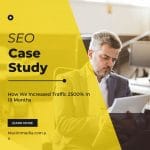 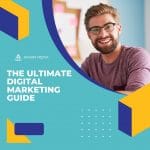 Everything You Need To Know About Digital Marketing 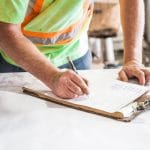 Marketing For Tradies: Your Step By Step Guide 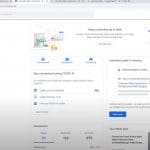 The Complete Guide to Local SEO 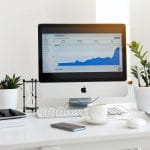 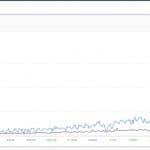 Digital Marketing Is A Necessity For Your Australian Business 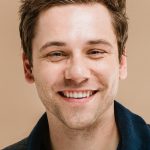 The Cost Of SEO In Australia 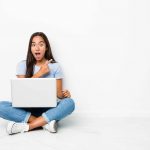 Why You Should Hire An SEO Agency For Your Business

We LOVE Our Customers!

'Maxim Media is taking care of our marketing side of the business. We are happy with our website performance achieved so far in a month. Good Job!' Philip Edmonton
E-Commerce Business Owner
 5/5
'As a Business Owner who already has 101 things already on your to do list and knowing that your online presence is a vital part of your business, it's best to let the experts take charge of all your website needs. Maxim Media has been fantastic to work with' Abdul-Rahman Saadique
Cleaning Company Owner
 5/5
'They were able to obtain more leads than we could ever get. Our brand presence has increased in the 8 months we've been using this company' Rebecca Hayward
E-Commerce Business Owner
 5/5
'The content we receive from this company is of a high standard, I have no hesitation recommending other business oowners to work with them.'

Maxim Media, the most professional digital marketing company Australia has to offer. We increase your brand’s online web presence with ease.

SNIFF OUT THE LATEST